Jon Garvey enters his 7th year on the Spartan Baseball coaching staff after a four-year playing career at STAC.  Before STAC he was a standout player at St. Edmunds Prep (Brooklyn), where he set the all-time fielding percentage record while serving as captain on a the winningest team in school history.

At STAC he was converted to catcher and hit .462 in limited at-bats in 2008, while helping the team to win their first ECC Regular Season Championship. Voted captain in 2009, he helped the team to a regular season and conference tournament finish of 3rd. During his senior year he served as player-coach, tutoring the younger catchers. He graduated STAC in 2009 with a 3.3 GPA in Sports Management (Honor Society).

Immediately after graduating he was hired as an assistant and began his master's work in Secondary Education and is currently working on a Masters in Sports Management. Administratively, Coach Garvey serves as the Recruiting Coordinator for Spartan Baseball and in that role has been instrumental in the Spartans recent ascendancy to the top of the 35-team East Region. He has been a player and coach on four championship teams at STAC ('08, '12, ’13, & ‘14). His coaching responsibilities include hitting coach, catching instructor and managing the strength & conditioning program. Under his guidance the Spartans have excelled offensively, winning the ECC team batting title 4 consecutive years, while averaging .300 during that time.  Along with the team accomplishments, several players have excelled behind Garvey’s tutelage. In 2012 Mike Russo was the ECC Triple Crown Winner (.383, 6 HRs, 46 RBIs), Frank Salerno was the ECC Player of the Year and Stanley Susana was the ECC Rookie of the Year. In 2013 Russo was named All-American (1st Team) and led the ECC in HRs (11) and RBIs (62). Kenny Kirshner had 74 hits and Efrain Bautista hit .438 in conference, both marks tops in the ECC. In 2014, five Spartans hit above the .300 mark, including Rich Baerga, who hit .368 to capture the ECC batting title in 2014. In 2015 Coach Garvey guided another potent offensive attack, as STAC notched its fifth straight ECC Batting Title. In fact the STAC offense was ranked #1 in all twelve offensive categories. The freshman duo of Joey Pena and Giovanni Dingcong took home the ECC Batting Title & ECC Rookie of the Year, respectively.  Pena hit .356 and Dingcong hit .351 with a league leading six home runs. Susana finished his record breaking career with 263 hits and was named the 2015 ECC Player of the Year.

Outside of his baseball responsibilities Garvey serves as the Asst. Athletic Director / Facilities & Fitness Center Manager. He also assists with NCAA compliance. In 2014 he oversaw major renovations and additions to the Kraus Fitness Center. In 2012 he served as the General Manager of the Shamrocks, an expansion franchise in the ACBL, helping to guide them to an inaugural season play-off appearance. In 2013 he served as the General Manager of the L.I. Shamrocks and L.I. Whalers of the newly formed North Atlantic Collegiate Baseball League (NACBL). As an assistant to the commissioner, he handled all the daily operations of the league. Serving as head coach in 2014, he led the Atlantics to a NACBL Championship. This summer he will turn his attention to managing a team in the newly former professional East Coast Baseball League (I). He also serves as an evaluator and scout on the National Team Identification Series (NTIS) for USA Baseball. John, wife Cindy (who also works for STAC in the Financial Aid Office), two year-old son, Dylan & infant son, Luca reside in Sparkill, N.Y. 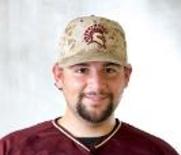 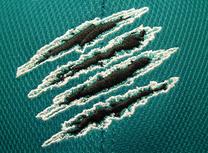