CELEBRATED FIRST FOR THE MCBL

We are blessed to have two women collegiate baseball players in the 2021 MCBL.  Pitcher Nicki  Eckert and catcher Alexia Jorge.  They both play for Team Different Breed and  will forge the way for other women to play collegiate baseball.  Here is a great article regarding catcher Alexia who is well known in the North Jersey area.  We here, at the MCBL, are both proud and support these classy ladies and cheer them on.   Click this link for the article.

Game of the week for Week 01

On opening day of the 2021 MCBL summer league, there is something for everyone to look forward to for the rest of the season. First, after a year that was tough for many people, we are grateful just to have the opportunity for a summer baseball season this year. Everyone wants to have fun, everyone wants to improve their game looking ahead to the next collegiate season, but most importantly, they want to win.

The NJ Nationals and Pascack Valley Catz met on opening day at Weequahic Park in Newark, also the home of Divison III Rutgers-Newark.

The pitching matchup was Sean Demo for the Nationals and Zac Zaller for the Catz, and neither young man disappointed. Zaller had 5 scoreless frames where he walked 2 batters and gave up 2 hits and Demo retired the first twelve batters he faced.

In the bottom of the 5th, the Catz were able to strike first. Jacob Copeland worked a walk off Demo and as the catcher, he invoked the courtesy runner. Elias Campbell, who grounded out to start the inning, then stole second and scored on a broken bat bloop single by Johnathan Santiago.

But the Nationals wouldn’t go away that easy. Three straight 1 out singles in the top of the 6th by Matt Goehrig, Sam Cruz, and Vinny Colavitti tied the game at one and left runners on first and third when manager Frank Orlando got himself involved. He set into motion a pickle play, where the back runner attempts to steal second and draw a throw so that the runner at third can score. Colavitti’s courtesy runner Eric Zimmerman broke for second, drew the throw and attempted to get in a rundown while Sam Cruz raced for the plate but the ball was dropped and everyone was safe.

Anthony Klich came in relief of Demo in the bottom of the 6th, and the Nationals never looked back. However, the Catz were threatening for the rest of the game. In the next half inning, the Catz had the tying run on second base with 1 out when a ground ball that looked like it would make it to left field was nabbed in the hole by SS Sam Cruz, and got the runner advancing to third on a fielder's choice. It wasn’t the only great defensive play on that side of the infield, as 3B Kristof Behrens was flashing leather all day.

The Nationals added one more in the top of the 7th when Catz reliever Johnathan Opalewski balked in a run, where the score would stay as a final of 3-1 in favor of the Nationals

Klich got into a 7th inning jam, issuing a hit and a walk in the inning, but struck out 2 with the tying run on second base to get out of the inning unscathed. He retired the final 6 batters in order, recording his first save of the 2021 season. His final line was 4 IP, 1 H, 2 BB, 4 K. Demo gets the win with a strong outing of 5 IP, 1 H, 1 BB, 5 K, 1 ER. Zac Zaller gets the tough luck loss, as his final line 5 ⅓ IP, 5 H, 2 BB, 4 K, 2 ER. Each team will get their first taste of the Saturday double dip on June 5th, with the Nationals traveling to Petruska Park in Paramus to face the 0-1 Overpeck Creek Monsters, and the Catz hosting the 0-1 Bergen Mallers at Franco Field in Jersey City.

With the MCBL two weeks in, teams are starting to show their identity and in some teams cases, put the rest of the league on notice that they are coming for the championship. One team in particular, the former NJ Eagles headed by manager Jack Winters, has done just that. Through their first seven games, the aptly named Team Different Breed boasts a 6-0-1 record, and are the only remaining team in the MCBL that is undefeated.

The team has gone on two 3 game winning streaks thus far with the tie against Bergen Mallers wedged in the middle. In their recent three game winning streak, they swept the Jun. 12 double header with the Hudson River Hawks by scores of 4-2 and 6-1 and defeated the Pascack Valley Catz 5-2 two days later.

Summer Baseball is tough because in a 3 month span, you need the roster to gel together, you need to motivate the players to win rather than just work on individual skill, and those are two things Manager Jack Winters was prepared for.

“We had a virtual team meeting and broke our season down into thirds and we have an objective for each third... The first 10 are just about developing identity, getting the team to come together and comfortable playing with each other”, said Winters after the June 12 sweep of the River Hawks.

If you had to choose an identity thus far for Different Breed, it would be the pitching. Through seven games they are allowing 2.85 runs per game, but it is even more impressive when you consider one 16-8 win and the tie account for 14 of the 20 total runs allowed this season! Kyle Post has won both starts he has made this season and is showing why he will be going to Rider University next year. The southpaw has posted 22 strikeouts in 9 ⅔ innings for Different Breed, with a .091 batting average against and a 1.86 ERA. Ohjiro Motoki is also having a strong start to his season, as the rising sophomore from Cresskill who plays for High Point University has also won both of his starts, posting a 2.08 ERA across 13 innings with 18 strikeouts. Brayan Villar has scooped up 2 wins for Different Breed as well, posting a five inning two hit masterpiece in game 2 against the River Hawks in his most recent start. Thomas George, Anthony Ranaudo, Rony Gutierrez, Brandon Gaul and Will Paoli will appear to take bullpen duties and have all been reliable for Different Breed early in the campaign.

“Knowing the recipe of when we won in 2019, it comes down to your starting pitching,” Winters recalled of his strategy of putting his team together for this season. “In the MCBL, whoever runs out of pitching first loses, and having starters, quality arms who can go 4,5,6 innings was a priority for us.”

While pitching has certainly been a strong suit, there appears to be no real weak part of their game. They play fundamentally sound in the field and on the basepaths and they average the most offensive runs in the league with 6.8 runs per game. Chris Rubano is scorching hot as he is 8/13 with a 1.750 OPS including one home run to start this season, Andy Iglesias is 7/16 with five RBI, and Max Ruvo has scored eight times and stolen six bases despite only appearing in four games and made a few sliding catches against the River Hawks.

They even bring some positive energy to the field, mostly led by closer Will Paoli,  and that is something you don’t necessarily see in your average Summer Baseball league.

“Having guys in the dugout tuned in is huge,” Winters said. “In the summer season, when you are not at your program, and the games don't mean as much….. Having guys like Will who is always loud, keeps the mood light, it’s really important to have guys like that always talking and getting behind their teammates.”

For now, Different Breed holds a 2 game advantage over the second place Nationals and appears to be headed for a great season. Do they have what it takes to keep this hot start up and become 2021 MCBL champions? Only time will tell, but the journey to get there should be very interesting in the coming months.

Attention JUCO players and players in the Transfer Portal - we are sponsoring our first JUCO Showcase on Friday August 9th at 5:30pm at Overpeck County Park, in Ridgefield Park NJ.  This is a great opportunity to be seen by many area college coaches.  All 2021 MCBL eligible players are invited to participate and the cost to you is $0 .  All other non-MCBL players will have to pay a nominal fee of $50.   We have confirmation already from several area college coaches with many more to come.  To register, please complete the form found at   SCOUT DAY LINK. 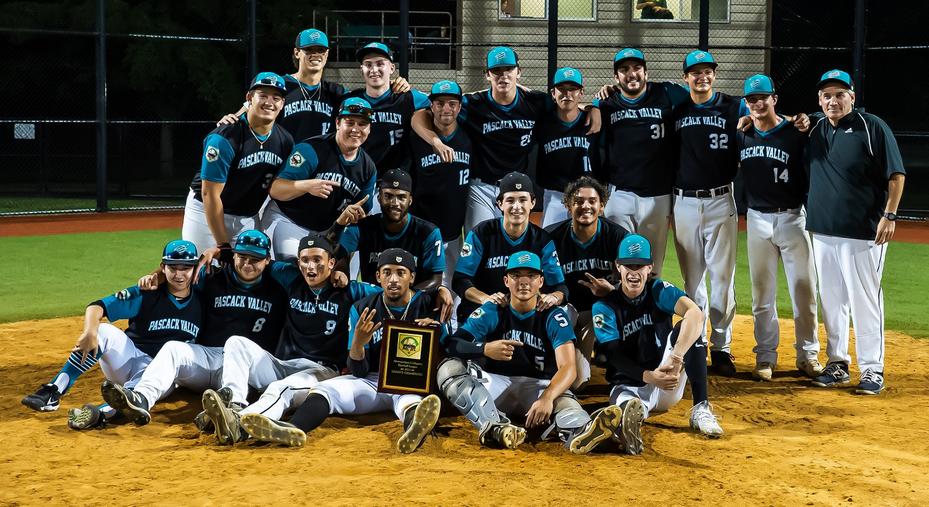