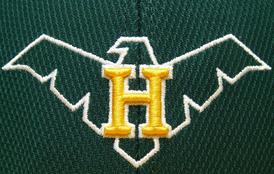 FERNANDO FUENTES, returns as the Hawks Head Coach after a two year hiatus.  Fernando Fuentes enters his 17th year of coaching baseball at 2 different levels, High school, and collegiate. Having started coaching in 2004 at his alma mater (Weehawken High School) as a volunteer assistant coach under Anthony Stratton.

From 2010 to 2013 Fuentes served as an Assistant under State Champion Head Coach Dennis Hulse at St. Mary of Rutherford. In the fall of 2014, he was an assistant at Memorial High School under Head Coach Danny Marroquin. Fuentes was in charge of all the team’s defense.

In the college ranks Fuentes had stops at Caldwell University and College of Mount Saint Vincent. While at Mount St. Vincent, Fuentes recruited the 2021 Conference Player of The Year in the Skyline and the 2020 Conference Rookie of The Year. With the strong recruiting class, the Dolphins earned a playoff bid for the first time in Head Coach John Muller's tenure at Mount St. Vincent.

Fuentes went on to get his first Head Coaching position in the high school ranks and led the Marist Royal Knights Baseball Program from 2019 to 2020. Fuentes today serves as an Assistant coach at Weehawken High School and continues to work at the West New York Board of Education.

Fernando Fuentes was a 2001 New York Yankee Draft pick (36th Round, pick 1085). He went on to play for ABCA Hall of Fame coaches at two different schools. At Miami-Dade Community College he played under Steve Hertz and at William Patterson he played under Jeff Albies.

Fern resides in Rutherford, NJ with his beautiful family of 3 and soon to be 4. 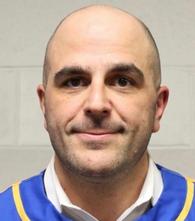