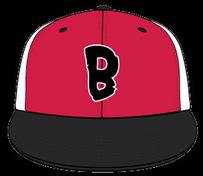 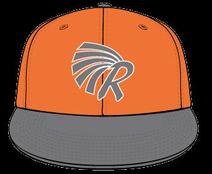 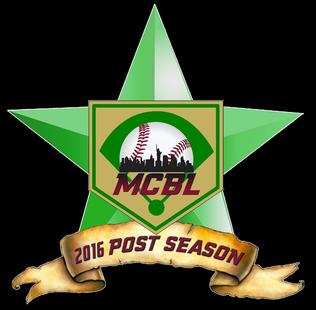 Fernando Fuentes stated before the game, we hope to play a good game tonight.  He was facing the #3 seeded Pascack Valley Cats who hung on to the end to make the post season.  The Cliff Hawks went 2-3 in the regular season against the Cats, so he knew his team had to play an ‘A’ game.  Unfortunately, it was not meant to be.  When your team hands out seven walks, one hit batsman, and six errors – it is very difficult to make the game, a game, but the Cliff Hawks did just that.

With the Cats up 6-0, in just the second inning, the Cliff Hawks could have given up, but they showed why they were the #2 seed challenging Randolph for the top spot all season long.  They came back and tallied five runs on three hits, 2 walks, 2 hit batsmen and an error by the third basemen.  The error occurred when catcher Matt Riebesell hit a shot at third base that was misplayed.  That opened the floodgates for Hudson – making this a one run game.

The Cats responded by scoring five more unanswered runs in the third and fourth innings holding a commanding lead  of 11 to 5 heading into the bottom of the fifth.  The Hawks loaded the bases on successive base hits from Jimmy Huber and Matt Riebesell and followed by a hit batsman to Andrew Kauf (the third HBP in the game).  With one out and bases still loaded, Matt Ferrara came up to the plate.  This would prove to be the turning point of the game.  He crushes a fast ball to the darkness of right center field.  The base umpire called it a home run – a GRAND SLAM that put the Hawks down by one.   There was joy in Hudson.  But that did not last long.

The Cats head coach, Jon Garvey, went out to dispute the call as he claimed the ball bounced over the fence and should be a ground ruled double.  Both the center fielder and right fielder both raised their arms to signify the ball bouncing over – and the base umpire was sure that it bounced after it went out.  The umpires then got together to confer to see if the home plate umpire saw the same thing.  Apparently he did not; the home plate umpire reversed the call giving Matt a two run double.   The wind left the sails from the Cliff Hawks.  The emotion of the Grand Slam – taken away a few minutes later – was a very difficult pill for the Hawks to swallow.  The inning ended quickly afterwards.

Both teams matched runs for the last third of the game.   Hudson Cliff Hawks fell to the Pascack Valley Cats with a final score of 14-10. 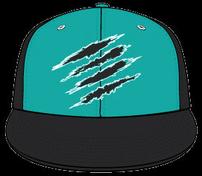 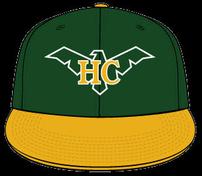 by Kyle Schroeder and René Miranda

​​The championship, originally scheduled for Saturday July 30th at Fairleigh Dickinson University, was rained out as the teams were starting to have their BP.   The MCBL President, Brian Casey, advised everyone during the downpour that the game was moved to Monday night at Bergen County Overpeck Park in Ridgefield Park.  The players had to wait another two days before they can finish the season.   Monday was a game with rain forecasted for the evening, league officials were adamant to start the game – ‘let’s go’ was the cry.  Well, Randolph Chiefs were ready, and “oh boy”, was this a one-sided affair.

The Randolph Chiefs was taking on the upstart Pascack Valley Cats, the fourth seed, in the league’s first championship game.  Randolph comes out taking the crown as they soundly defeated the Cats 14-2.  The Chiefs (#1 seed), coached by Randolph high school’s skipper Doug Anderson, went into the game coming off a huge win against the Bergen Mallers in the semi-final on the prior Thursday.  Randolph had a very strong inaugural season, and showed everyone on Monday night why they were the top seeded team.

Their competitors from Monday’s Championship game was the Pascack Valley Cats (#3 seed), managed by Jon Garvey has had a great run in the post season as well dominating in their first playoff game against the number two seed, the Hudson Cliff Hawks.   Hudson, also, had a very strong season, but when the road to the ‘ship' was there for the taking, they failed to grab the ring.  Kudos to the Cats who came out to prove a point – and they did just that.

Randolph started their ace, Anthony Rosaline, was absolutely magnificent with his dynamic and pinpoint control with his performance on that Monday night.  Rosoline, the rising sophomore from Rutgers-Newark, had a very successful season going 5-1 with a 1.89 ERA, both in the top 3 for the league.

Rosoline got the win holding the Cats to two runs for the win. The Rutgers prodigy was effective from the mound creating short innings and having great accuracy with his slider and fastball. Stockton University pitcher, Conlan Farrell relieved Rosaline in the 8th inning cleaning up the remaining six outs.

The Cats starting pitcher Jordan Del Sol toed the rubber for Pascack Valley for the first time since July 7th.  The Pace product had a very successful season for the Cats, going 3-0 with a 2.61 ERA.  He was good enough to get a call-up from the ACBLNorth Jersey Eagles in early July.  Del Sol who has been effective all year for the Cats, didn’t have his best “stuff” for the MCBL championship game.  He gave up 7 runs in 3 2/3 innings of play.

Pitchers Mike Gonzalez (Bergen Community College) came in to relive Del Sol and gave up a few key hits that lead to the game getting ugly pretty quickly.  David Azria (Ithaca College), Gavin Niland (Saint Thomas Aquinas College), and Brian Sondergard (NJIT) threw out of the bullpen as well to eat up the final innings.

Hitting was the name of the game for the Chiefs; they were proficient from early on and throughout the complete game.  They collected 15 hits and scoring 14 runs in their final game.  Catcher for Randolph, Madoc Fischer started up the hitting borage for the Chiefs with his 2 RBI double giving the #1 seed a lead over the Cats 2-1 in the 2nd. After that, it was downhill for the Cats.  The onslaught continued throughout the game.  Chiefs Joe Maugeri and Jonathan Capra drove in two runs apiece, and four other Chief hitters drove in single runs thus solidifying the win. Cleanup batter Eric Schnepf also had a couple of hits helping the Chiefs in their conquest in beating the Cats.

The Randolph Chiefs will go down in history as winners of the first MCBL Champions!  In all, what a great season by all six teams, everyone involved should be proud and honored to be a part of this first season, and be excited for more years to come.

To find out more about this season’s stats, rosters, and for next year registration, visit our website often.

Paramus Sports Complex was the setting for the MCBL semi finals game hosting the Randolph Chiefs vs. the Bergen Mallers.  The Chiefs have been dominant all year coming into the MCBL’s first playoff round as the #1 seed. While the Bergen Mallers, #4 seed, made a successful late run to get into the post season.

The Randolph Chiefs managed by Randolph High School baseball coach, Doug Anderson, has relied on his spectacular pitching all year and that was the case on Thursday night.

Starting pitcher for the Chiefs Alex Busby, Morris County College, threw an absolute gem and held the Mallers to no runs and 3 hits.  Busby tossed 107 pitches through nine innings with nine strikeouts to go along with the win.  Mallers pitcher Ryan Vasel also pitched a full eight innings for Bergen, but was on the short end, and was the losing pitcher in Thursday night’s game.

Vasel who gave up four runs, (1 unearned/ 3 earned) threw 113 pitches with five strikeouts. He did not get the offensive support needed from his team. Chiefs’ right fielder and Tulane sophomore Robert Moscow had a great game driving in 3 RBI’s with his frozen rope double to right center and his inside the park home run. Moscow was an offensive monster helping Busby to stay in control and give Randolph the victory over Bergen 4-0.  Randolph plays for the 2016 MCBL Championship against Pascack Valley on Saturday July 30, at FDU (4:15 pm.)