Coach Steven Mimms is going into his 8th year coaching at Bergen Community College and his 5th season as head baseball coach. Coach Mimms stepped in as head coach in 2012 and helped lead Bergen to most wins in school history with 26 wins and a trip to playoffs. In 2008, Steven Mimms joined the coaching staff of Bergen as an assistant under former head coach Jorge Hernandez, who is currently the Athletic Director. As head coach, Bergen has made the playoffs each year. In his short 5 years as head coach, Coach Mimms has already sent over 35 student-athletes to play at the next level, developed 14 All Region players, and Bergen’s first ever Rawlings Gold Glove winner and baseball All American. Steven Mimms has the most 20 win seasons as a head coach at Bergen Community College.

In 2015 Steven Mimms was Region 19 Baseball Coach of the Year. He led a team that broke 4 school records. (Longest in season win streak 8, team batting average of .361, 4th in the nation, team home runs, and most double plays turned (26).  Bergen Community College has been ranked 2 times under Coach Mimms.

Going into 2016 season Bergen Bulldogs were pre-season ranked as the 11th team in the country and Coach Mimms is only 17 wins shy of 100.

Before joining Bergen Community College's coaching staff he was a Youth Sports Director at Garfield YMCA in which he coached many youth sports. Mimms' baseball career excelled when the middle infielder played collegiate baseball at St. John's University and later at University of Bridgeport, which he received All Academic Student Athlete Award. Along with leading the team in stolen bases, he was one of the best defensive players at his position. Steven graduated from Teaneck High School in 2002 (3x All League, All County, MVP Award) .

Steven has his Bachelor’s degree in Communications and Exercise Science. Along with coaching, He currently works as a physical education elementary school teacher and does lessons at NVSA in Closter, NJ. 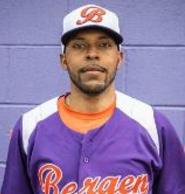 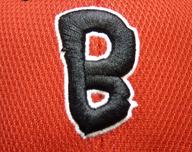