My name is Dan Conte and I am a Junior Sport Management major at Rutgers University. I was a place kicker for the Rowan University football team in my Freshman year. Also, I played varsity football and baseball for 3 years at Paramus Catholic High school. I currently live in Maywood, NJ 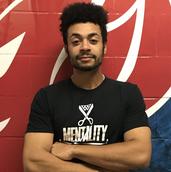 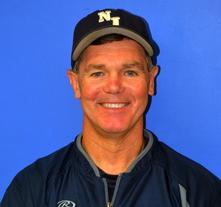 I am a recent graduate of Fairfield University in CT where I received a BA in Political Science and International Studies with a Minor in Management with Honors. I played club hockey for four years at Fairfield as part of the American Collegiate Hockey Association (ACHA) where we made the national tournament all four years. I currently live in Randolph, NJ and I attended high school at Seton Hall Prep where I played hockey, lacrosse, and ran track. I am hoping to be able to attend Law School in the fall.

My avid passion in being involved in sports is driving my interest in pursuing legal studies in sports contract law; to understand the management/media side of sports. While I have not played baseball competitively, my love for the game has never wavered and I’ve watched my younger brother’s baseball career grow now on the D3 collegiate level. 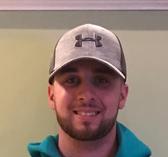 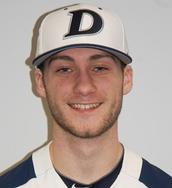 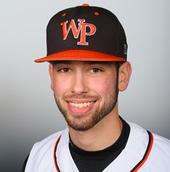 My name is Daniel Capuano and I am rising junior at the University of Pittsburgh. This season, I will be one of the official scorers for the MCBL. I am huge baseball fan and I started playing when I was five years old. Also, I have always been a diehard New York Yankees fan. I attended Pascack Valley High School in Hillsdale, New Jersey and played one season for the Indians. Every summer, my family and I visit a new MLB stadium and I have been to a total of 21 ballparks. Finally, I am a sports staff contributor for WPTS radio, the official campus radio station of my university, where I host my own weekly show.

A resident of Kendall Park, New Jersey, Jeff Lombardi Jr. is in his first year working with the MCBL. In the fall, Jeff will continue his pursuit of a BA in communications with a concentration in print journalism from the arts and communication college at William Paterson University in Wayne, NJ.

At WPU, Jeff holds the position of sports editor for the Beacon Newspaper, a completely student run publication, in addition to competing on the University's baseball team each of the past two seasons. 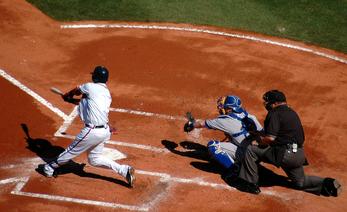 The Mid-Atlantic region, especially New Jersey and New York for years have produced many quality ball players to go on and play collegiate baseball.  Pat Kivlehan, Tommy LaStella, Doug Cinnella, and Gianni Zayas, all played in the region and played baseball at a professional level.  The idea of the Metropolitan Collegiate Baseball League grew out of the need to have a collegiate venue for local players that want to play more baseball.  The coaching staffs of the teams involved will focus on the development of the player in a collegiate setting.  The 2016 summer season will be the inaugural season for the league and we will work hard to ensure that the venue is a positive experience for all.

The Metropolitan area has long been in need of a Summer Collegiate Baseball League.
The time is now !

I am honored and privileged to serve as the first President of the MCBL.  I am committed to providing a quality Collegiate Baseball Venue for  our student-athletes who play the game we all love.

Please join me in this quest.

From Monroe, New York was a four year starter at FDU Madison. Currently pursuing a Masters Degree in Sports Administration and hopes to one day have a career in sports marketing.

Brian Pascale is a junior at Drew University and is majoring in Psychology.  He is the Student-manager​  for the baseball team at Drew. He was in charge of scouting and was the video coordinator for the team. Brian hopes to eventually, pursue a career in educational consulting with a career in coaching.