To listen to the game on the internet, please click the All Star Game Logo to the left to take you to the web broadcast link.  First pitch is 7:05pm.

The 2018 All Star Game will be played at Palisades Credit Union Park in Pomona New York, the home of the Rockland Boulders minor league baseball team.   The game is scheduled for Tuesday July 17th; first pitch is 7:05pm.  For directions to the park, please click here.

We are playing the best and brightest up coming collegiate stars from the metropolitan area.  Playing in this year's classic is Peter Serruto (Randolph), the freshman catcher from Rutgers University who was drafted by the Cinncinati Reds.  We also have freshman Ryan Carr (Northern Valley) who will be playing for the Fighting Irish of Notre Dame.  We also have third time All Star Ryan Vasel (Horned Frogs) who will be toeing the rubber.  The All Star rosters are listed below.

The American All Stars, coached by Dan Prigge and Doug Aday (North Jersey Horned Frogs) , and will include players from the Horned Frogs,  the NJ Nationals (Frank Orlando), the Hudson River Hawks (Kiki DelValle) and the Northern Valley Patriots (Garrett Luna).

The National All Stars, coached by Gil Zayas and Anthony Verdi (Overpeck Creek Monsters), and will include players from the Creek Monsters, the CP Royals (Brian Gelalia), the Randolph Chiefs (Doug Anderson), the Bergen Mallers (Steve Mimms) and the DiMaggio Bombers (Dave Kaplow).

** Both Griffin Tubbs and Brandon Rivera are not able to ply due to end of season injuries.  They are replaced by  Patiot teammates Carson Weis and Joe DeFeo. 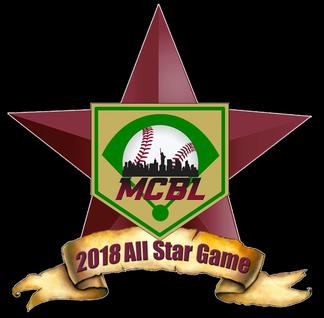