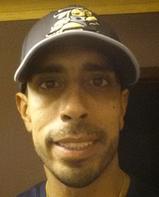 The Hudson Cliff Hawks manager, Fernando Fuentes, was a two-time All-State selection and four-time All-County baseball player. He is a 2001 graduate from Weehawken High School in New Jersey. In 2001, Fernando was a 36th round draft pick of the New York Yankees. He chose to attend one of the most competitive junior college conferences in the country. Playing at Miami Dade Community College, he competed under the Hall of Fame Coach Steve Hertz. After completing one year, Fernando transferred to William Paterson University and played under another Hall of Fame Coach, Jeff Albies. Without completing his four-year degree, Fernando decided to tryout for the Rockford Riverhawks of the Frontier League. He signed his first and only professional contract on June 13, 2003. He made professional debut on June 14, 2003 against the Richmond Roosters.

A catcher by trade, Fernando spent some time with the New Jersey Jackals for Spring Training. He was able to learn from Ani Ramos, one of the areas most talented catching instructors. From 2004 to 2010 Fernando served as Anthony Stratton’s head assistant coach at his Alma Mater Weehawken High School. After the 2010 season, Fernando went on to coach the hitters and catchers at St. Mary of Rutherford for three seasons (2011-2013). Fernando also served as the head coach for the Junior Varsity’s football team and led them to a 6-2 record.

Currently, Fernando is the Head Assistant Baseball Coach at Memorial High School in West New York, New Jersey. He has also been a special needs paraprofessional for the past seven years. In addition, he has also been the head coach for the JV basketball team at Memorial for the last two seasons and has a record of 22-13.  Fernando will be completing his Bachelors Degree in Psychology from the University of Phoenix this August.

Fernando’s passion and effort mixed with fun can lead to great things not only in this great game of baseball, but in the greater game of life. Coaching is where he wants to be and will look to join a college staff immediately following the 2016 high school season.