Jan-Pierre Crespo is in his first season as the Warrior’s assistant coach added by Coach Matt Cornacchione for this years (2015) campaign. His primary responsibilities include outfield instructor, hitting mentor, player development, and strength and conditioning. He also works as part of the recruiting coordinator staff.

From 2011-2014, Coach Crespo played in the outfield with a cumulative batting average of .275, and with an OBP of .380. As a freshman he earned the Nyack Rookie of the Year Award. As a sophomore in his 2012 campaign, Crespo was selected in the All-CACC Academic Team, and earned All-East Region NCCAA Honorable Mention with a stunning year hitting .311, 27 RBI’s, and .428 on base percentage. Jan-Pierre was a two year team captain; his work ethic was unquestionable and has great knowledge of the game.

Crespo is a graduate from La Academia Nuestra Senora de laProvidencia suited in San Juan, Puerto Rico, where he played 4 years in the varsity team, and was selected as All Catholic High School Division B First Team for 3 consecutive years (2007, 2008, 2009). He also won the High School’s Most Valuable Player Award in the 2008 and 2009 campaign. 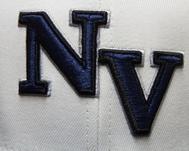 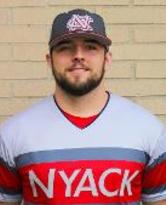 Cullen Montgomery joined the Nyack Coaching Staff in the summer of 2015 after graduating from Cornerstone University.

A native of Coral Springs, FL played his high school baseball for Highlands Christian Academy in Deerfield Beach, Florida. During his high school career he went to the state final four tournament in Florida twice in his sophomore and senior seasons, his team lost in the regional finals the other two years while he was a freshman and junior. His senior season he was selected to the Sun Sentinel All-County first team for Broward County as a Pitcher/Outfielder. He hit .523 with 6 HR and 21 RBI in an injury shortened senior campaign.

He began his college baseball career at Cedarville University. During his freshman season he finished with an 8-3 record in 12 starts earning a 3.57 ERA with 50 K’s, He threw 63 innings, and had 3 complete games, yielding a .202 opponent batting average over the year.

Montgomery then transferred to Florida State College at Jacksonville where he was a reliever during his sophomore year. During this time he signed with Cornerstone University in Grand Rapids, Michigan.  His junior year at Cornerstone, he led the team in ERA at 3.33, innings pitched with 54, and strikeouts at 52. He also posted a .256 opponent batting average.  The summer after his junior year he joined the So Cal Catch in the California Collegiate Summer League as a pitcher and was a starter during the season.

The Fall of 2013, Cullen underwent Tommy John surgery on his throwing arm and took a brief hiatus from school in order to focus on his rehab. During that time he coached at his former high school as head coach of the junior high team in the spring season, followed by becoming the head coach for the senior high varsity squad during their fall ball season. He then returned to Cornerstone in the spring of 2015 to complete his Bachelors of Science in Sport Management.

After graduating, Coach Montgomery rejoined the So Cal Catch, this time as an assistant coach. This team is affiliated with the Fellowship of Christian Athletes where he began to blend baseball and ministry. He will be coaching the pitchers and catchers for Nyack and looks to build a top staff in the coming year.