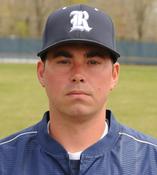 Doug Anderson was hired as the Randolph HS Baseball Head Coach in 2015. In his first season, he inherited a 10-15-1 ball club from 2014.  When the smoke cleared in 2015 Randolph (15-15) had won a North 1 Group 4 State Sectional title, Doug Anderson was named NJAC Coach of the year, and the 2015 Randolph Rams Baseball team also won the NJAC team sportsmanship award.

Prior to Randolph, Anderson had coached at many different levels and circuits for 9 years.  Anderson has coached club baseball, American Legion, high school, and at the college level in the Atlantic Collegiate Baseball League (ACBL).

Anderson comes from a baseball family and is the oldest of 4 sons who all played Division 1 baseball (Doug-Fairfield, Kenny-Marist, DJ-Rutgers, Jeff- Rutgers).  His father Dennis Anderson was a legendary Little League Coach who was also responsible for building Randolph Little League into a state powerhouse for two decades starting in the early 1990’s.  Doug’s three younger brothers also attended Delbarton HS where they all shined as 3-year starters on the baseball team just as Doug did.  In 2002 at Delbarton, Anderson as senior captain and the starting shortstop won the Parochial A State championship and Delbarton finished the season as the #1 ranked team in the state of NJ.

Doug went on to have a brilliant college career at Fairfield University.  Anderson was a 4 year starter at shortstop for Fairfield.  In 2005, his junior season, Anderson was a 1st team All Conference selection at Shortstop (1st team All-MAAC).  Doug also finished 4th All-time on the career hits list at Fairfield University.  One of Anderson’s proudest playing accomplishments is that in his college career, which included summer baseball, Anderson started at Shortstop for 304 games out of a possible 306 games.

In the summers while in college, Anderson played in the Cape Cod League (Falmouth Commodores, 2003), AABCL (Monmouth Monarchs, 2003), and ACBL (Jersey Pilots, 2004, and 2005).   In his respective summer leagues, Anderson was selected to his leagues All-Star game every season at shortstop. ( 2003 AABCL All-Star, 2004 and 2005 ACBL All- Star).  Also, in the summer of 2004 Anderson was ranked by Baseball America as Top 10 Professional Prospect in the ACBL.

Professionally, Anderson played one season with the New Jersey Jackals in the CAN-AM league during the 2007 season.  Doug has been giving baseball instruction and coaching ever since while working.

Anderson and his wife, Valerie, reside in Morris County with their 1-year-old daughter Lynn.  Doug earned his degree in Business Management from Fairfield University in 2006. 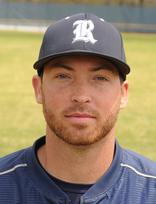 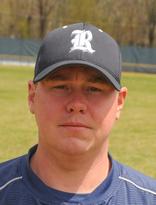 During his time at Marist, Anderson played in 2 NCAA Regionals after winning the MAAC Conference Title in 2005 (LSU) and as a Captain in 2009 (Florida State).  Anderson started over 140 games in his career even after suffering 2 major knee surgeries during his time with the Red Foxes.

Anderson played in 4 different college summer leagues during his career including the NYCBL (Watertown Wizards, NY – 2005), ACBL (Jersey Pilots – 2006), Valley League (Fauquier Gators, VA – 2007), and Northwoods League (Waterloo Bucks, IA – 2008).  Anderson has since spent his summers coaching and instructing as well as working camps and clinics in the area.

Ken currently resides in Roxbury, NJ with his wife Liz.  He graduated Marist College in 2009 with a Major in Business Marketing and a Minor in Communications Advertising.